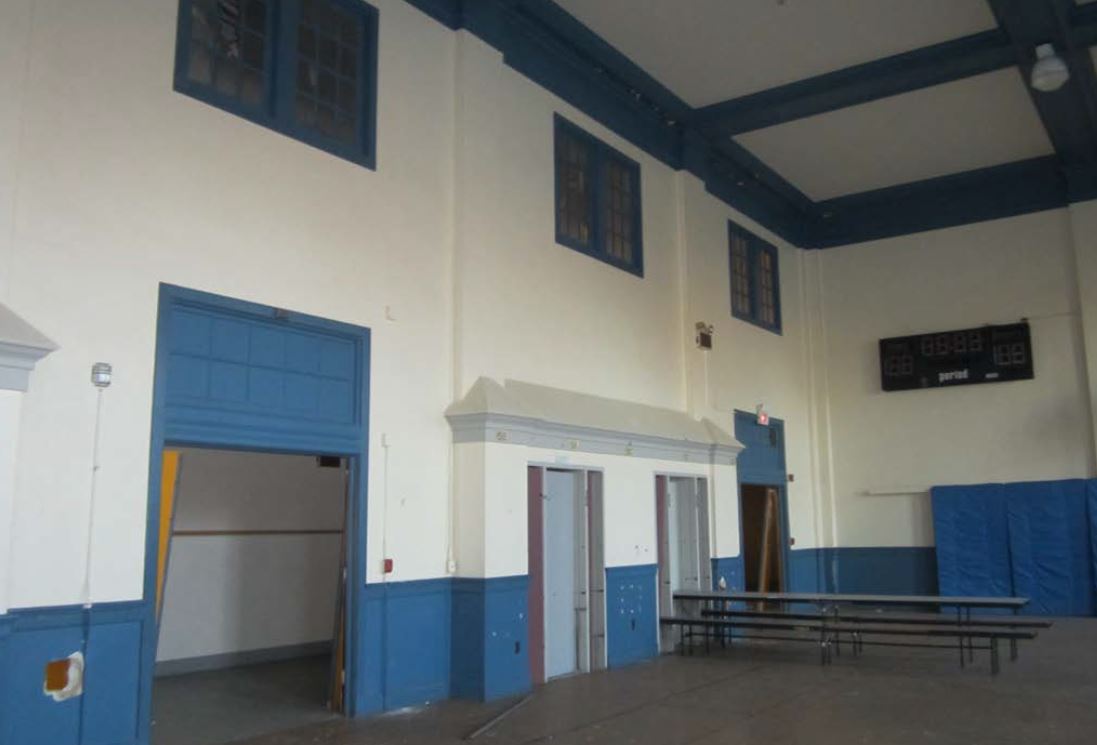 Vacant and abandoned properties are more than a major eyesore – they can be a major obstacle for revitalization. Whether residential, commercial or formerly industrial, dilapidated structures often devalue properties, promote crime and reduce neighborhood quality of life.

The process of renovating and reviving these structures is a big undertaking – but MEND has done it successfully. President & CEO Matthew Reilly recently spoke at the 2019 Governor’s Conference on Housing & Economic Development about MEND’s rehab and conversion of historic structures in New Jersey:

The Mitchell School at Springside opened its doors to the community in 1916. The oldest public building in the township, the school thrived until its closing in 2007, when it was deemed functionally and physically obsolete.

After private marketing efforts failed to save the school, a plan to turn the building into affordable housing was put into place by MEND and Conifer Realty LLC.

A $18.1 million joint-venture, the Springside school was converted into 32 affordable housing units, with a two-story addition at the back of the property to house 43 units. The renovation gave the co-developers an opportunity to boost property value and add a number of modern amenities to the building, including a gymnasium-turned-community room, a library, laundry facility, computer room and an exercise room. Residents also have a number of outdoor amenities, including an outdoor patio and gazebo.

However, with the building designated as a National and State Historic Landmark, MEND and Conifer were committed to keeping some of the building’s historical charm. Among the features kept from the original building were the school’s original doors, the brick and mortar exterior, coat closets and hallways. Smaller details, like blackboards and a “girls” sign on a restroom door, were also preserved.

“It was important to us that we kept some of the original details of what was once a great public school building,” said Reilly. “Longtime residents of the area definitely appreciated the preservation of their regional history.”

“One of MEND’s top goals is to ensure our residents feel comfortable and safe,” said Reilly. “We want them to feel like this is their home and that they have the support of the community behind them.”

The Springside Apartments were opened in early 2014 and received a NJ Future “Smart Growth” Award that same year. In that timeframe, MEND and Conifer broke ground on another schoolhouse redevelopment project – the Duffy School Apartments in Florence Township.

The Marcella L. Duffy School had been part of downtown Florence, N.J. since the early 1900s. The only elementary school in Florence until 2006, the building is a historic landmark for many citizens.

The Duffy School shut down in 2008. The Township of Florence selected MEND and Conifer to redevelop the property in 2012.

“The sad reality is that there are more people looking for affordable housing now than there was when MEND was first formed 50 years ago,” said Reilly. “We were happy to have been called upon by the Township to fulfill to this need in the community.”

A $14.3 million project, the Duffy School was converted into 53 apartment units comprised of the original structure, plus the purchase and construction of an adjacent property to house additional units.

The Duffy School is also listed as a Historic Place, so MEND and Conifer worked together to maintain as much of the historical elements as possible, while also modernizing aspects of building and achieving a high level of energy efficiency. The Duffy School Apartments were developed under the New Jersey ENERGYEfficient Homes (Tier 1), in which homes save an estimated 15% more energy than a traditionally built home.

“As with any historical building that we’re redeveloping, a top priority for us is to preserve the integrity of the structure,” said Reilly. “However, we also recognize that these projects are an opportunity to implement modern energy-saving strategies that not only benefit our residents, but the environment too. We’re proud of our efforts to go green.”

“Affordable housing can sometimes have a negative connotation that suggests there is an economic disadvantage to the town in which the properties are built, but there is actually a considerable amount of potential for financial prosperity from these developments,” said Reilly. “With each new housing project, MEND also aims to improve the economics of the neighborhood.”

MEND and Conifer celebrated the opening of the Duffy School Apartments in 2015.

The process of turning dilapidated and abandoned structures into community assets is an investment of time, money and hard labor, but the pay-off is almost always worth it.

“From start to finish, the transformation of what was once a big eyesore in the community into a beautiful community space is truly incredible,” said Reilly. “MEND is extremely proud to breathe new life into these old spaces for individuals and families in need.”